Specialist sports journalism site The Athletic has been purchased by The New Times it has been confirmed, seeing the subscription-only outlet valued at £400 million ($550m) after just over half a decade in existence. First talks began in mid-2020.

The most recent reliable financial data for The Athletic shows it generated just under £35m in revenue for 2020, against just over £30m in costs.

Meredith Kopit Levien, NYT CEO, said in a statement that The Athletic will remain a standalone product in the company's stable, commenting: "Strategically, we believe this acquisition will accelerate our ability to scale and deepen subscriber relationships."

Currently, for potential UK subscribers, the initial year of subscription to The Athletic costs £29.99, rising to £59.99 subsequently.

The deal can be seen as vindication for Alex Mather and Adam Hansmann, co-founders of The Athletic. Their single-mindedness and ability to impress venture capital and gain crucial funding, Silicon Valley style, was the difference between their baby and other, more woolly and ill-defined attempts to do the same with a subscription model in other interest areas. 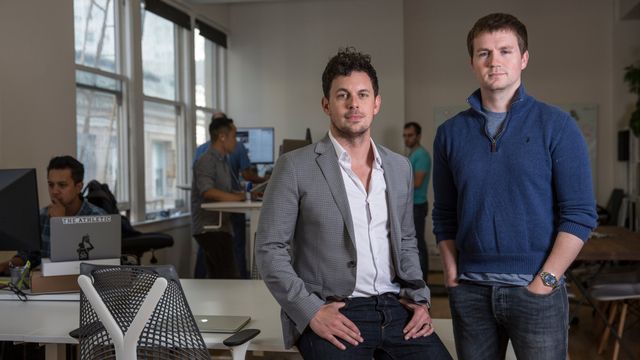 They also followed a strategy of hiring in bulk  - going for sheer quantity of sports journalists, as opposed to hiring a few, expensive, marquee names. This enabled The Athletic to produce content left, right and centre across all aspects of the sporting world. The strategy seems to have worked, even given The Athletic made a number of redundancies in 2020 and an across-the-board 10% pay cut - a not uncommon reaction to the economic realities caused by the COVID outbreak.

Mather may somewhat regret the comment he made in 2017 about how he saw the progression of his publication: "We will wait every local paper out and let them continuously bleed until we are the last ones standing,” Mather said. “We will suck them dry of their best talent at every moment. We will make business extremely difficult for them."

Not a popular sentiment given the damage done to local democracy by the demise of the local press, a press that still relies on local sports coverage to draw people in. Yet, as we all know, much local coverage is produced on a shoestring budget with the consequent loss of quality.

By way of example for those unfamiliar with the site, this writer's own local EPL football club has just been bought by new owners, and comparing what the local newspaper has on the buy-out compared with the coverage in The Athletic, the latter comes out clearly on top in terms of both detail and maturity of coverage. If you're an avid fan, the value proposition is absolutely apparent.

The next question is quite how the NYT intends to cross-promote its new acquisition. Given the amount of user data the Grey Lady is already in possession of,  they'll know which of their existing subscribers to target. The NYT's existing sports desk may of course feel a little uneasiness at the new horse in the stable, but who can gainsay the judgement of the newspaper subscription maestros on Eighth Avenue?