Surprising major news publishers, the High Court of Australia has ruled that media organisations are to be considered as publishers of third party comments on Facebook pages they control.

Dismissing an appeal by some of the country's major media organisations such as The Australian and The Sydney Morning Herald, the High Court, in a summary ruling said: "Each appellant, by the creation of a public Facebook page and the posting of content on that page, facilitated, encouraged and thereby assisted the publication of comments from third-party Facebook users."

The ruling was made as part of a defamation action by Dylan Voller .

In a case that caused ripples of concern across the country, Mr Voller's treatment as a youth detainee saw a Royal Commission established into the Northern Territory's youth detention system after the broadcaster ABC obtained images of him, then aged 17, shackled to a chair with a hood placed over his head.

Mr Voller started a defamation action in the New South Wales Supreme Court against several media organisations including The Sydney Morning Herald, The Australian and Sky News, over third-party comments about him on their Facebook pages after they published extensive coverage of his treatment at the hands of the justice system.

The ruling does not mean the comments themselves were defamatory. The media organisations are expected to use other legal avenues to defend themselves in the central defamation case.

Mr Voller's legal team expressed their satisfaction at the ruling: "This decision put responsibility where it should be, on media companies with huge resources, to monitor public comments in circumstances where they know there is a strong likelihood of an individual being defamed."

A spokesman for Nine Entertainment, that owns the Sydney Morning Herald said: "We are obviously disappointed with the outcome of that decision, as it will have ramifications for what we can post on social media in the future." 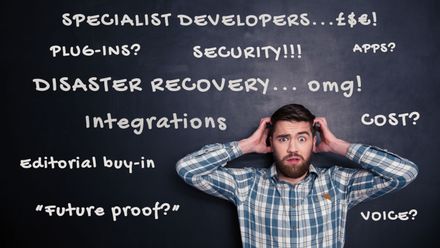