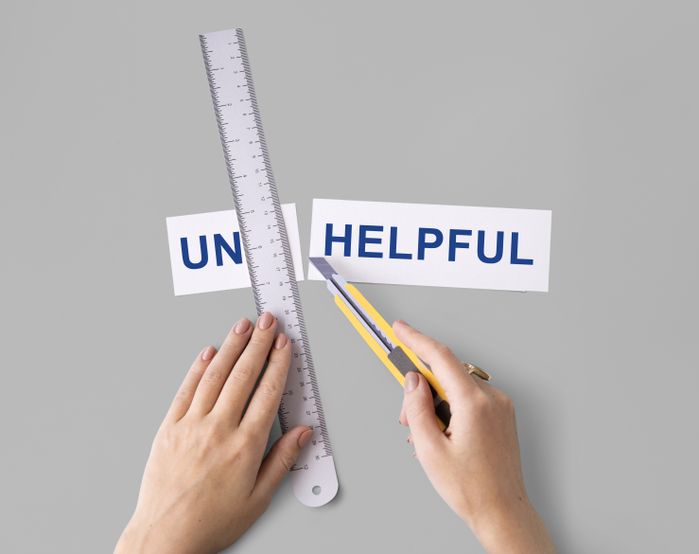 What is said to be the most substantial change to Google's search ranking system since 2011 has now been released into the wild.

Google has been advertising the efficacy of its search recently. The very fact that is doing so means something is up. Some market share is being lost, or a competitor or competitors are able to provide something Google can't. They aren't winning at the moment, even if "not winning" in Google terms looks very much like near-global domination to the rest of us.

It's quite plausible that this situation frames the deployment this week of Google's Helpful Content Update.

It's a big one. The SEO sector has been alive in recent days with speculation and strategies for what promises to the biggest shake-up to Google's site ranking mechanics since the huge Panda update of 2011. Right now at the time of writing we are in a "prepare for impact" situation. The update started early in the morning US west coast time, and will take several weeks to make its effect fully known.

Like a burning rock sent from the heavens, there's nothing anyone can do about Google updates until it hits and the results can be seen and assessed. A simple, honest, mid-size content farmer might be sitting there right now, enjoying the fruits of their labour on an upturned bale of GA data, and then... BAM! Helpful Content Update proclaims, "You aren't helpful, buddy!", and it's off to the search gulag (Goolag?) with you.

Such is the nature of life under Google's shadow. And in that sits an irony: we inhabit this technical world of publishing, in which measurement and metrics are everything, usually to suit the very metrics Google have demanded of us for so long. Precise calibration, deep audience understanding, tracking - a trove of knowledge built by smart people and interpreted by smart people.

Then Google puts a bus on a siege catapult and fires it at us. Everything changes - maybe.

What can we expect then, once the bus hits?

It seems likely that sites which spread themselves far and wide might be in trouble. As one American SEO consultant has pointed out, searching "best truck tires" yields a result from Forbes in the second position. We've all watched as Forbes have refined and expanded their breadth of content in recent years, turning up in places they were not expected. However, are they really the primary source of information for truck accessories and consumables? From what the SEO experts are saying, it seems this sort of generalisation of content will be punished.

Equally, aggregation sites are likely to take a hit, as are sites using automated content generation, if they can be detected. Sites that promise an answer to something and fail to give it - perhaps because it does not even exist, often the case with release dates of future movies and other forms of entertainment - are likely to get smacked. Content that almost immediately requires a return to the search page likewise.

The HCU is going after content made for search engines, not users. After years of getting us to try and please it, Emperor Google now no longer wants to be pleased that way.

There's also a collective punishment aspect to the update. If a part of your site doesn't comply with what is regarded by Google as "helpful content" then the entire site will seemingly suffer a penalty for it, in the shape of the new Helpful Content Ranking Signal.

Unlike content search results themselves, this HCU Signal will be lasting not fleeting: if your content fails the test and your site is downgraded, any reassessments will be timelocked for a significant period before being made again, meaning turning the Signal back from negative to positive could take months even if you rework your content far faster.

Think a subdomain might head that off, hiving your less-than-helpful stuff into a backwater of sorts? Probably not, or at least according to Google as far I can tell.

Problem is, their own content on the topic is... Not Very Helpful.