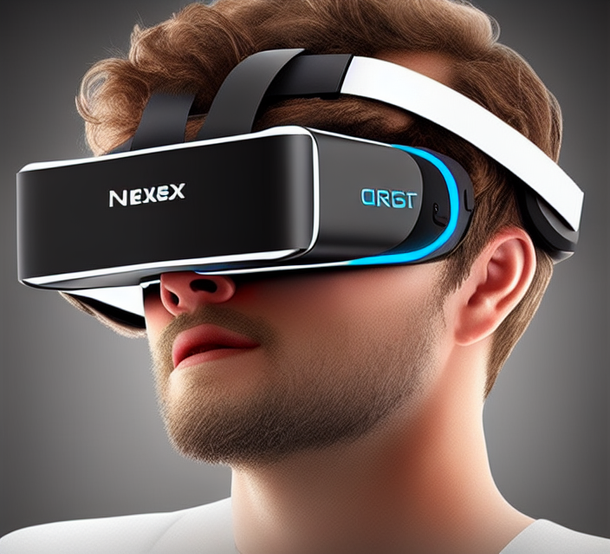 Meta might appear to be strongarming the world into VR, but even if it is a struggle for them to convince us to don a headset, it could yet yield benefits outside the Metaverse.

We checked out Meta's Connect event this week to discover what they were doing with all the money they'd swiped from people who actually make content, such as publishers.

Many of you perhaps still have in mind the eye-popping $10bn Meta said last October it would spend in bringing the next generation of Virtual Reality to us, whether we pressed Like or not on the proposal.

So, after subtracting the circa £22k Meta annually give to pay the wages of one of the reporters on my local newspaper , money that should probably be better termed as a market distortion grant, I'm anxious to see what they've been doing with the rest of the lolly.

They have certainly been busy since last October: $10 billion will buy you a lot of busy.

Central to Mr Zuckerberg's Connect presentation was the forthcoming Quest Pro VR headset, which he hopes will help open up new uses for VR in office environments.

The $1500 device looks to be more comfy than previous Meta headsets and it will need to be: aimed at the professional market for people wearing it all day, it has to improve on its predecessor for comfort, especially at nearly 0.75kg in weight - seems a lot to have on your head for hours at a time.

Meta is going after the professional market with gusto, hence the Microsoft tie-up announced at Connect. Microsoft 365 is being built for Meta VR systems, and Microsoft is doing the building. It seems like a safe gamble for Microsoft CEO Satya Nadella, less so for Meta, who must shift the hardware.

Their gamble is that the benefits of VR to collaborative working, dubbed "immersive collaboration", will be tangible to businesses.

That may well be, and the technology looks impressive for sure, but even given the relative improvement in wearability, many people are loathe to have things over their eyes for any length of time. Some people simply want to throw up in VR after just a short time, motion sickness being a thing for many in virtual worlds. Meta is, rest assured, working hard on the next generation of such devices.

Much as $10 billion does buy you a lot of busy, busy doesn't always equal results.

Meta's Connect has legs. As in, we were shown VR avatars with legs in the virtual world - legs that you as a user would be able to see by looking down at your feet. As mundane as that might sound, it's actually quite a step forward: the movement and placement of legs and feet is not a simple thing to replicate convincingly in VR. A round of virtual-handed applause to them for that (Meta can do hands).

Also improved in the Quest Pro headset is the ability to replicate the wearer's eye and facial movements into the VR avatar. How could this be misused? We're sure someone is working on it.

None of this is small stuff, even if the mass utility seems ungraspable at this point. Or ever. So for the $10 billion Meta is spending (harvested of course from data domination) we are in return getting a well-resourced attempt at pushing the boundaries of personal tech.

On the face of it, it's trying to solve a problem that might yield answers which everyone can benefit from in some way - even if the greater benefits will be well outside the Meta-controlled part of it. The problem will be what boundaries humans are willing or able to be pushed to. A lot of us runs on prehistoric source code.

There is succour for us in the publishing business. All of this VR progress and cheerleading must require exhaustive effort by Mr Zuckerberg, which could well distract him from the more pressing issue for publishers: Facebook itself which is in some ways floundering against headwinds.

It has recently had yet another feed "enhancement" and Reels fights a battle with TikTok that Bytedance doesn't even seem to want to pay attention to, let alone respond to. Legislative threats lurk for Meta aplenty too: increasingly onerous rules on content moderation are just one example.

Facebook's power to dictate terms may be on the decline, or at least the shadow of that decline is visible.

There's maybe a clue why here. Meta has gone to lengths to reassure potential users of the Quest Pro that their data is safe, stating that "Images your Meta Quest Pro captures of your eyes and face never leave your device and are deleted after processing. This means that neither Meta nor third-party apps will have access to these images."

Hmm. Excuse me if I haven't yet changed my opinion yet that I fear a data farmer can't change his crops.