You'll never guess what we found when we clicked on clickbait! 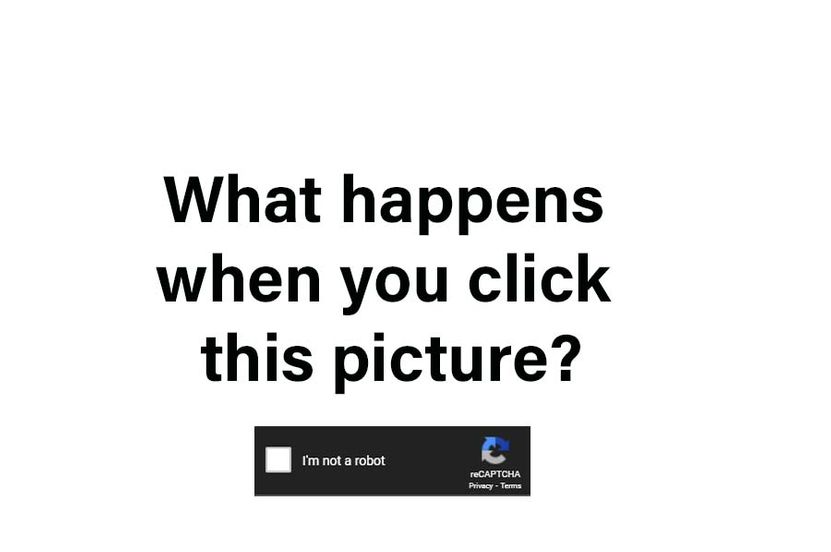 Low quality, mass produced advertorial products sit all over some great websites. Why isn't a mystery, but it doesn't mean it isn't a damning indictment of advertising models.

Is there any business in the world that will spend significant time and effort carefully crafting its product, for display in its own carefully designed showroom, targeting its own carefully nurtured audience - and will then also pile a bunch of knock-off imitations of its product for perusal in the same outlet? You know, like a Louis Vuitton store also having an aisle for LV fakes...

Well, we can name at least one: online media. More specifically online media that, in order to scrape up some revenue amidst a disastrously imbalanced ad market, is forced into giving up premium site space to purveyors of low quality clickbait content. If you're really battling to make programmatic, direct, or even native advertising work, it's easy to see that such content partnerships can be too tempting to ignore.

Good examples exist of how to do native. The New York Times operates one of the best native advertising studios in the publishing business - https://www.tbrandstudio.com/ - a studio that contributes a substantial portion of the NYT's entire ad take. Yet clearly, this is a sophisticated operation and is required to have regard for the NYT's audience, producing quality content and not alienate them with a hard sell, or mislead them.

So why, for example, is it that when looking at the website of the esteemed Associated Press (AP), and reading an important story on the most serious cyber attack of the Ukraine conflict, the reader is presented with "Steven Gerrard's Yacht Is Intimidating And Expensive"?

The more intrepid can read the full enlightening story here, on the final page of a 131-page click-through article that starts (some considerable time previously) by giving you the inside track on Real Madrid legend Sergio Ramos's floating gin palace. And you'll never believe who is sharing a private jet on page 94!

For those not bold enough to venture on to the "loanpride.com" domain which is home to such journalistic tour de force, we save you a click: "A while back, Steven and his teammates chartered a jet in LA that was the ‘Rolling Stones’ private plane. The world-renowned band was gracious enough to lend them the plane. Obviously, the players and Gerrard were very excited to be taking a ride on the jet."

I'm sure "excited" comes from a quote or an eyewitness who saw the millionaire footballers of Rangers FC jumping around like 5-year-olds at the thought of travelling on a plane. With standards like these, who could doubt?

To make matters worse, mince of this type often sits on "jumpy" pages which appear almost designed to cause misclicks on other adverts. Surely not? That would be underhand. I'm shocked!

Just by way of a reminder, this trove was surfaced alongside an AP story about how malicious software crippled the usage of tens of thousands of modems across Europe, at the same moment Russia launched its invasion of Ukraine - top quality reporting, by an AP staffer with a strong pedigree.

The companies behind the production of this material call them "discovery feeds". Aye, we know what you'll discover - also surfaced next to the Ukraine hacking report was, for me, "What Kitchens Looked Like In The Year Before You Were Born". (For interest, and I might be showing my age here, any which did not look like black & white Daguerreotypes were instead a gaudy orange, with lots of baking.)

To add insult to injury, this features only American kitchens! One can only hope the throwback kitchens of the rest of the world are being saved for future reminiscences perhaps yet to surface on AP.

Joking aside, it is not the intention here to pull the AP into this as any kind of reflection on that news organisation: AP is a great resource, has excellent standards, and employs very talented staff.

This is a glaringly commercial decision, and shows that if even the mighty AP has found reason to assumedly adopt a 'needs must' approach, and if it helps fund its vital reporting from around the world, then - well... I suppose one panel of discovery feed can't hurt, right? Or two. Well, why not three... and, it is clearly marked as 'Ad Content'. Thus the clickbait addiction can be irresistible both ways.

So why then do publishers find themselves forced into what seems like the equivalent barter of Apple allowing knock-off iPhones in its own stores? What do Outbrain, Taboola, and others of the ilk offer? Well, obviously, it's money - clicks eventually turn into cash.

But just think how absurd that sounds for any news and media brand: to link to external content of questionable associated brand value, in order to perhaps make more money than you can from your own setup. I mean, we all get it - pragmatism keeps sites afloat. But, it just seems so back to front.

And it's all because the advertising models are broken. In the publishing industry we all know this to be true. The best anyone can say of this stuff is usually along the lines of "Well, it sits at the bottom of the page."