Can our mobiles be freed from the Big Tech gorillas? 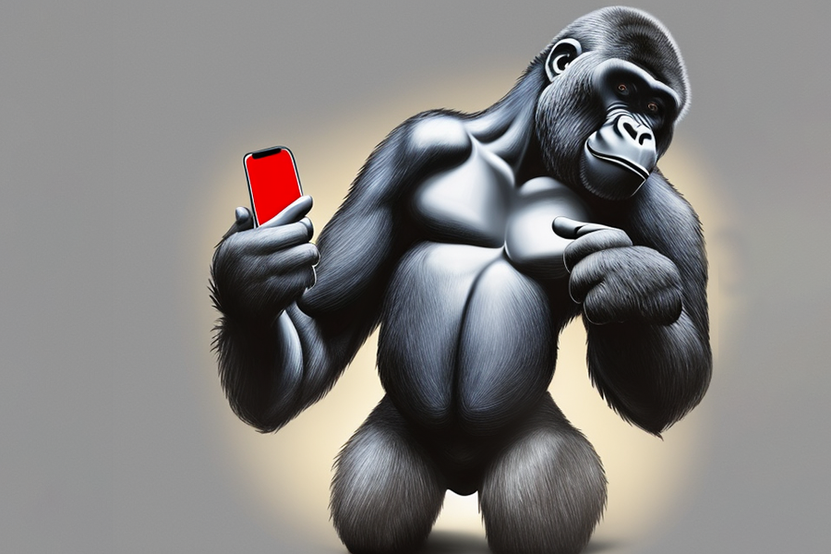 Google and Apple stand accused of an "effective duopoly on mobile ecosystems " by the UK's markets regulator. They will plead innocence, yet the facts speak for themselves.

Britain's Competition and Markets Authority (CMA) has said it will begin an investigation into how Google and Apple exploit their control of web browsers on mobile devices.

According to the CMA, "Apple and Google have an effective duopoly on mobile ecosystems that allows them to exercise a stranglehold over operating systems, app stores and web browsers on mobile devices."

"When it comes to how people use mobile phones, Apple and Google hold all the cards,” said Andrea Coscelli, the CMA’s chief executive, explaining that their "strong grip on mobile ecosystems allows them to shut out competitors.”

What does this mean for publishers? A choice of routes to our content would be a good start and any transparency into how such businesses really operate would be an improvement on the current status quo.

On a macro level, the more we see the tech giants beset by regulatory investigation the better. They are presently being probed on many fronts, and as deep as their pockets are, and as powerful as their political lobbying capacity is, in most respects the game is already up. We know they don't operate in our best interests. And as publishers, we know it twice.

Such moves as we are seeing from the CMA in the UK and other regulators around the globe are an inevitability. The territory gobbled up by the tech giants when no-one realised or even understood what they were doing must be reclaimed for a multitude of reasons: consumer protection, innovation, competition, and simple choice among them.

I would say the assertion of sovereignty too, but that might be a little 20th century of me. Better to have some locally responsible sovereignty and control, I believe, than us all being reduced to unique Advertising IDs which remain in the possession of who-knows-who who-knows-where, who do not have to answer for their actions seemingly anywhere.

Market dominance cannot be allowed without proper scrutiny, but that scrutiny is up against some big bucks. For example, exactly how much Google pays to Apple to be the default search on its phones isn't known precisely, but informed market analysts estimate it reached $18 billion this year.

The truth is that Big Tech have made vast profits on the back of legislative ignorance and the consequent lack of oversight. The generation of politicians in power during their rise had almost no idea about tech. They, like the population at large, were hoodwinked into believing tech was special, and different from any other industry. They behaved as though the little icon on their mobile phone was the end of the story, rather than a portal connected to giants so large, so indifferent, so expansionist, that the power vested in the politicians by their own public was a laughable irrelevance. This is even true of the giants' home nation, the United States.

There is a difference though. Such tech is personal in a way other industries aren't. As we use their applications, we are selling ourselves, and that's fine if the benefits outweigh the costs and there are other platform options.

This particular piece of scrutiny into Apple and Google is being welcomed by Microsoft and Facebook and that is little surprise given what Apple did to FB's revenues by giving users a powerful privacy option.

Microsoft and Facebook seem to be relying on the One Sausage defence. What's that you say? I was once part of a canteen sausage stealing gang at school. We got caught, and one of my co-conspirators pleaded clemency on the grounds he'd only taken one sausage, not two like the rest of us. It didn't work for him, and I imagine the legislators will see through it too.

So could it have happened any other way? Probably not. Yet Big Tech is no longer interested in disruption - in their positions, disruption is now to be feared. There are shareholders to answer to and the core business model must be protected. As a result, it is interested in consolidation and consolidation means holding on to what they have.

It will have to be prised from their hands, for the good of everyone.

*We avoided a joke about platforms here, thankfully.