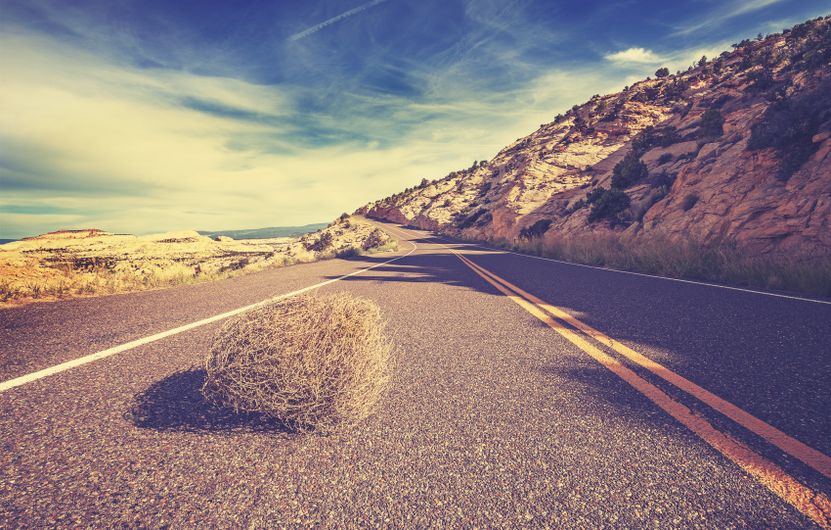 News machines must be fed. What if you run out of their usual food? Improvise, adapt, overcome. And get rescued by other departments.

That rare thing, the news-heavy summer, is upon us. Oh dear.

Reflecting on last week's Big News Day account, the terrible informational abyss of the No News Day featured strongly in my mind, and a couple of meaningful responses to the piece spurred that further.

So what then happens in a summer newsroom, in the depths of a languid August, when anyone with even the smallest supply of sense is doing a great deal of not very much?

Suddenly stories that would not be natural lead stories are scrutinised in fine detail, less a good sifting of them might reveal a nugget worthy of promotion. Lighter pieces are considered for new angles - this is the time of year when a good celebrity interview or arts story can save you.

If you're smart and well-organised, you'll have some stuff vaulted from your team members who are going on holiday, and for some of them, it's opportunity to get something in that might not otherwise fly so easily.

You can easily describe this as a general lowering of the news bar, a kind of assessment of impact and import than any news journalist worthy of the name would be hard pushed to describe, even given our wealth of data on what people are actually looking at. The mirror does not point two ways. The fact is that if less happening, then focus can be widened - and has to be - to keep your audiences interested.

There may well some regional staples, depending on your location: people falling off mountains in Scotland in summer was one of mine. (Please respect mountains, people, they're not simply ambitious hills). You may have a campaign or topic to beat the drum on. I had one editor who was especially pleased with a good property story lead a week, in a burgeoning market that now I look back on and assume was benefiting mightily from.

However, that did mean that the business desk who'd brought the story in would then be bereft of their own exclusive lead. But that's the nature of what is called the Silly Season - I note, also known wonderfully as Cucumber Time in some other countries - and all departments must suffer for the greater good.

Sport will often give you something for news in the Summer, and frequently during major sporting events has such a wealth of material that the main limitation is capacity to produce content on it all. "Will one of your guys write it?" was the most often asked question from a favourite sports editor.

Perhaps the current Silly Season seems a bit lacking in some of the usual silliness compared to years past, given that typically we would currently be in the midst of World Cup fever, if not for its move to winter for Qatar 2022.

In the current political climate in the UK, it's possible to forget that we have had many blissfully peaceful summer months, when the news fluff was plucked from our collective media navel and found to be mostly gossip.

However, this bliss could still be interrupted by your purse-holders extending to the commissioning of a political poll, the results of which can yield several days of coverage and are even a form of charity to your rivals, as they can report the results too once you put them out and are entirely free to come to the opposite conclusion about them.

Social media is there to be mined for all its vanities, expertise, and rancour, depending on your audience, although the clumsiness with which some journalists do this does make me wince.

It's worth remembering that on 18th April 1930, the BBC informed the British people: "Good evening. Today is Good Friday. There is no news."   Before we look through our rosy Raybans, a quick search will tell you why that isn't strictly true - this happened for example, as did the local declaration of Martial law in India, and a typhoon in the Philippines.

A newsroom must be allowed to widen the net in quiet times, just as long as you trust it to tighten that same net when it matters.